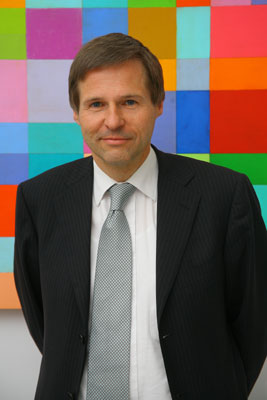 Your Excellency, what are your best impressions from Bulgaria and your travels, in particular?
I would say the very interesting mix of things you have to offer – going from the sea to very beautiful historic villages and towns not to forget the mountains. You have everything. This makes travelling in Bulgaria fascinating.
Do you have a favorite place or destination in Bulgaria so far?
I have many favorite places. What impressed me most so far are the seven Rila lakes. They are magnificent. A few weeks ago I was in Borovets, the weather was very beautiful and there was a fantastic view from one of the ski slopes. I particularly like historic villages such as Koprivshtitsa or Leshten. They all have their own character and it is difficult to make a choice. When it comes to the Black Sea coast, we have discovered interesting places like the lake of Durankulak near the Romanian border. 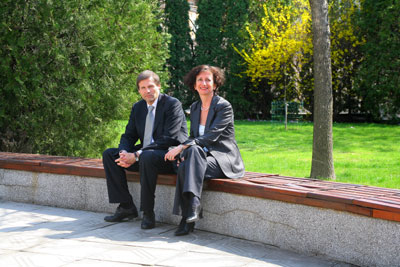 Which is your favorite Bulgarian dish or wine?
When it comes to drinking I like Melnik wine. If I could make a recommendation to the Bulgarian winemakers I would suggest that they concentrate their efforts on indigenous grapes like Mavrud, Rubin etc. If you look at the new world and you say South Africa, it’s known for Pinotage. You can use Mavrud, or the other indigenous types as a flagship. It means that you do not have to compete with for example Bordeaux, Burgundy, or Pinotage.
I am especially fond of all types of starters you have. Salads and dressings like kiopolu and lutenitsa, Bulgarian cheeses, pink tomatoes in summer etc. These dishes are so tempting that it becomes difficult to continue afterwards.
Dear Sir, with which of the symbols of Belgium you never part when you travel abroad?
I am addicted to Belgian chocolates and luckily Sofia has its range of Belgian houses.  So there are many places I can go to if I am in need of Belgian chocolates. 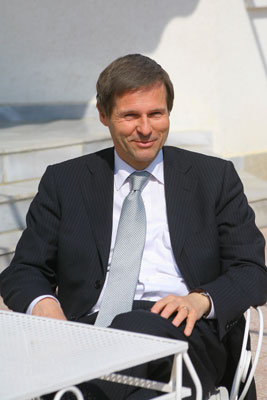 Your Excellency, please tell us more about the annual Belgian Culinary Festival you organize here, in Bulgaria.
We organize this culinary event together with the Belgium Bulgaria Luxemburg Business club. There is normally an opening reception followed by a gala dinner where the best Belgian beers and typical Belgian recipes can be sampled. The rest of the week Belgian dishes stay on the menu. We invite a school or a cook from Belgium to prepare the dishes. We also organize the transport of some specific ingredients like small shrimps that can be found only in the North Sea.
Is there any person who has strongly affected your character?
As a diplomat I am a big admirer of the American president Woodrow Wilson. He led his country at the time of the First World War and became one of the founders of the League of Nations. As a person he was well ahead of his time. When the League of Nations was established, the US did not join it. World history would probably have taken a different turn if the US would have been involved. The League of Nations gave us the United Nations system and all the multilateral diplomacy that is taking place nowadays on the European and the international level.

Is Bulgaria seen as a place of interest for the Belgian investors?
The relations between our two countries started in 1879. In 2009 we celebrated the 130th anniversary of Bulgarian-Belgian relations and we organized an exhibition in the National Library which will be on display in different parts of the country. The exhibition shows that from the very beginning there was a keen economic interest. By the end of the 19th century there were a lot of factories, sugar factories, electricity companies etc., all managed by Belgians.
After 1989 it started all over again with some big investors in the brewery and chemical sector. At a certain point Belgium became the biggest foreign investor in Bulgaria. Even now Belgium is among the major investors in your country. Another interesting development is that we started with investments in industrial companies and now the investments moved to the service sector. For example the Belgian media group Rossel entered the media market with a free newspaper called Anons and the KBC banking group owns a bank and an insurance company and provides a whole range of financial services.
Our mutual bilateral trade reaches 1.3 billion euro and total Belgian investments in Bulgaria reach also 1.3 billion euro. More than 70 Belgian investors are active and at least 140 companies have trade links with Belgium. 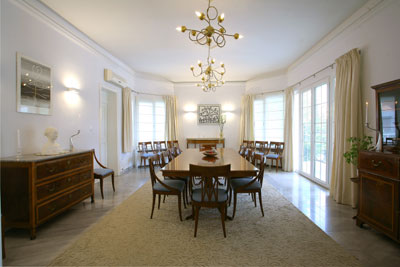 Belgium is about to take over the EU presidency in July 2010. Please, outline some of the major priorities of the Belgian presidency during that period.
Under the rules of the Lisbon Treaty the presidencies are prepared in trio format. Spain, Belgium and Hungary published in December 2009 a 70-page document that describes well the activities that are going to take place during the next 18 months. So in part the programme is already there and it is close to the beginning of our presidency that the specific points of attention will be finalised. It is sure that we will have to tackle some big questions that the Spanish presidency will pass to us and we will probably pass to the Hungarian presidency. I am thinking of subjects like energy, climate, the Stockholm programme, Europe 2020 and enlargement.
Are there any common features between the Bulgarians and the people of Belgium?
Belgians and Bulgarians seem to have the same look at things. That is probably one of the reasons why Belgian and Bulgarian businessmen go along so well and are happy to work in your country.
Would you like to send a brief message to the Bulgarian people?
Since Bulgaria has joined the EU, an almost perfect framework exists to develop our bilateral relations further. The EU opens borders and makes possible free circulation of persons, goods, services, etc. The aim is also to bring living standards in EU countries closer together. I also hope that Bulgaria will seize the chance to fully integrate into the European Union.

This interview is produced solely to ADIS Magazine. No part of this interview may be reproduced in any other way without prior written consent of ADIS Real Estate.
Share and Enjoy: