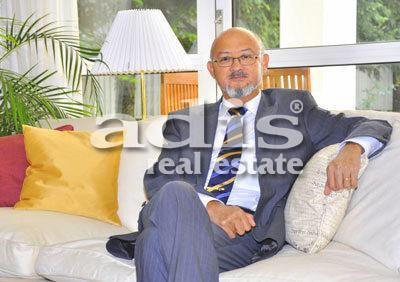 Dear Sir, what are your best impressions from Bulgaria and your travels, in particular?
There are already so many. One thing that has struck us is that the Bulgarian has such varied scenery in a fairly compact area. In less than a day’s drive one can get from sunny beaches to snow-capped mountains with every other kind of scenery in-between. That is quite unusual. Me and my wife are outdoor people, and really appreciate how unspoilt nature still is in Bulgaria, compared to many other countries. We love your large beech forests, something we have almost lost in Sweden. Your country also has an exceptionally long history of different civilizations, and interesting historical sites abound. It will make us a long time to visit even a part of them. Your folk culture is also something we appreciate. It is still a living tradition for many and even city-folk seem to care. We recently saw the Bistritsa Folk Ensemble, composed mainly of amateurs with day-jobs in the modern economy, performing for their own pleasure. They were extremely good and they were performing for their fellow inhabitants, not for tourists.
Do you have a favorite place or destination in Bulgaria so far?
We have only been here for an year now, and there is so much left to seem so difficult we pick one spot. I think Veliko Tarnovo was special, an old city but very much a living one. Varna is also very nice, a gracious city and probably very pleasant to live in. The trouble with being a diplomat, though, is that one doesn’t really have a choice. Capital cities only. That being said, we have been to few capitals that can offer what Sofia has – Mount Vitosha just a stone’s throw away with all that has to offer in the form of outings and walks. W go there with our dogs practically every weekend for long walks.
Which is your favorite Bulgarian dish or wine?
One of the pleasures of being in Bulgaria is to have the opportunity to try Bulgarian wines. You have so many good wines, both red and white, made un boutique wineries and never seen outside the country. There are several varieties of grape not produced elsewhere, as well. I could name hal-a dozen wines, but wouldn’t like to be accused of favoritism! On food, we are still trying new things from time to time. I have to admit that I have become addicted to banitsa, because we have a tradition at the embassy of sitting down together every Friday morning for coffee with banitsa, taking turns to provide pastry. Some buy theirs; others still make it at home the traditional way. It is not something that one can easily get tired of. The only trouble of course will be kicking the habit when one day complete my posting here, I doubt it will be possible to keep supplies of banitsa flowing when stationed in some other part of the world.
Dear Sir, with which of the symbols of Sweden you never part when you travel abroad?
As a diplomat, one tends to accumulate mementos from different countries in which one has served not just one’s home country. As you can imagine, the load gets heavier as the years pass by! There are a few things, of course, that are special to me and that I try to keep with me. One thing is knackebrod*, which is a traditional Swedish hard bread that I eat for breakfast every morning. It is a dry, crispy dark brown bread that is little-known outside the Nordic countries (I have to import my supplies). The fibre content is high, so it is a healthy kind of bread. Dating back to medieval times when Sweden was a country of pleasant agriculture, it was traditionally baked in big round wheels perhaps 500cm across, with a hole in the middle so that you could hang the bread on poles under ceilings away from the rats. Being dry, it kept for months. One side is flat, and the other side is covered with shallow indents. Tradition has it that in lean years, the peasant and his family would spread butter thinly on the flat side. In good years, when they could afford more butter, it would be spread on the indented side where the holes would capture more butter. I use the indented side at breakfast, which probably isn’t so good for my health! I also take with me a collection of Swedish classical music. We have quite a number of good composers and I’m hoping to use my time here to increase awareness of these largely unknown composers in Bulgaria. Finally, I suppose I should mention that I am a serial Volvo owner. So that is what I drive also here in Sofia. 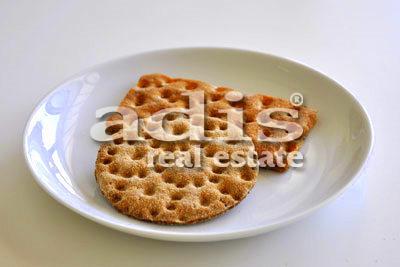 Is there any personality or event who/which has strongly affected your character?
I’m approaching sixty, and that means there are by now many events and people I could mention. But I suppose one thing that really defines who I am is the fact that I was born and grew up outside Sweden. My father was a Swedish businessman working abroad for most of his life, so I was born in China and grew up in Burma. On the one hand, that kind of upbringing gives you a broader perspective than if you grew up in one place. On the other hand, you lack the roots that a more traditional childhood gives you.
Dear Sir, which side of your character has been of greatest help to your career?
You know to ask difficult questions! As a diplomat, it is important to know little bit about a lot. One can rarely afford the luxury of a specialization. So a lively curiosity is something that has always been helpful to me. In terms of my career, I have always had a preference for challenging tasks that some others would avoid. As a consequence, I have never had a boring job in my thirty years with the Swedish Foreign Ministry. That is a privilege by any means.
On 1 July 2009, Sweden took over the Presidency of the EU. Please outline the major priorities of the Swedish EU Presidency.
As presidency, our first priority is to contribute to moving EU cooperation forward in all areas. To give you a measure of how broad that undertaking is, I saw a figure that we are chairing more than 3 300 meetings during our six-month presidency. Most of them in Brussels, but some also in Sweden and some elsewhere. Everything from summits with the leaders of important external partners of the EU, such as the US, China and Russia, to ministerial meetings within the EU and meetings between officials and technical experts to prepare proposals for joint EU decision-making. Of course, there are areas which will receive special attention during our presidency. One is the global financial and economic crisis and our joint efforts to bring individual Member States and the EU as a whole out of this difficult period as quickly as possible – preferably stronger than before and with institutional changes which will allow us to avoid a future repeat of the kind of self-reinforcing crisis we saw in the financial sector at the outset of the current downturn. Another very important area is climate change. There will be important global negotiations on the climate issue in Copenhagen, Denmark, in December. It is necessary that the international community succeeds in taking steps forward at this conference. Climate change is no longer just a theory, it is already happening. Preparing the EU for these negotiations so that we can play an active and constructive role at the table is the task for us as presidency. In order to achieve this, we basically have to conduct internal negotiations within the EU that mirror the issues that have to be resolved in December in a broader setting. We are not starting from scratch. Important progress was made during the French Presidency a year ago in establishing a solid EU policy in this area, but there are still difficult questions to resolve between us, because now we need to have the preparedness to move further than a year ago. One final issue worth particular mention is our work on developing with EU partners a new five-year program of action to deepen EU cooperation in the Justice and Home Affairs sector, which, if it is completed in time, will be called the Stockholm Programme. The EU is increasingly a borderless area, and this places a premium on improved cooperation between our legal systems and enforcement authorities. Immigration is another issue that will be treated in this five-year plan and that requires new approaches as the pressures of illegal migration increase on some Member States. 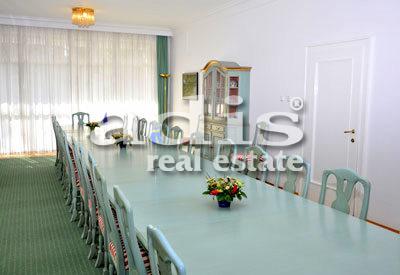 Would you like to send a brief message to the Bulgarian people?
My impression of Bulgaria after one year here is that this is a country of great potential. Rich in resources and cultural heritage and with an educated population that has shown it is capable of achieving great results in different areas. What is holding Bulgaria back is a series of institutional weakness. I believe that those weaknesses are possible to overcome if everyone makes their contribution. I am looking forward to being here for the next few years, and hope that this will be the period when Bulgaria begins to move ahead towards the kind of position you should rightly be in. You have the support of my country in these efforts, and that of all EU Member States.
Knäckebröd – Swedish crispy, flat and dry type of bread or cracker, containing mostly rye flour
This interview is produced solely to ADIS Magazine. No part of this interview may be reproduced in any other way without prior written consent of ADIS Real Estate.
Share and Enjoy: